To Space Opera and Beyond with Ann Leckie

Setting Up the Backdrop 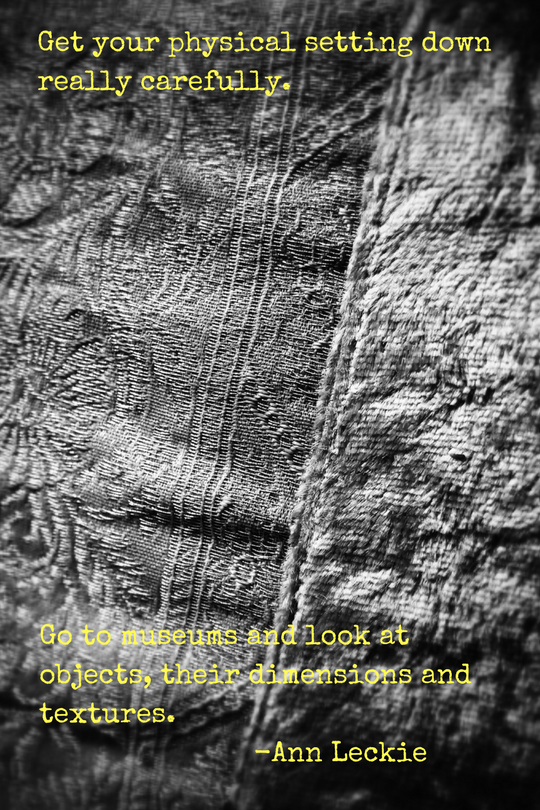 As we've seen in the different definitions, space opera usually takes place in a world other than our own Earth, and the exotic backdrop it supplies is integral to the story. How does a writer go about setting up that overall backdrop for their story, such as the system(s) of government and technology that enable your story?

You can start anywhere you like developing your backdrop: a history, a world, a name. Ann notes that space opera has a general assumption of emperors, with or without a nominal senate or council, sometimes dictators, but overall some sort of autocracy. Rome has been an extremely influential model here. You can lean on that, or consider some other form of government or historical model. Read widely, look at different forms, and pick one that interests you.

The form you select will have dramatic implications for the overall history, so once you know it, you can begin to grow that history outward. For example, if it’s a hereditary monarchy, then there will have been plenty of rulers before. Is it the result of some recent and dramatic, perhaps even violent, change? If so, what came before that? What are the moments that shaped the history and brought it to this point?

No matter what form you choose, you will need to figure out who can come into power, how they can do so, and what they can and can’t do with that power. Most governments have layers of power and come in the shape of a pyramid of leaders with a central authority of some sort at the top.

How to start developing your backdrop:

Get your physical setting down really carefully; time spent on this now will pay off during the writing. Go to museums and look at objects, their dimensions and textures. Figure out the rooms and their furnishings so you can move your characters through them, both at the metaphorical and actual level.

How do you set up the things that everyone knows, the history of this universe and what’s known about the past?

The much-maligned (with good reason, but still useful sometimes) prologue is one strategy, and the temptation may be to put it all in a prologue. However, a prologue is a bad idea nine times out of ten. Readers often skip them, and by their nature, prologues can be dull unless the writer takes care to make them interesting. Another strategy is straight-ahead exposition, which is currently nominally out of fashion but when it works it works and sometimes is way more efficient than other methods.

What writer Jo Walton calls incluing, providing scattered clues in the text as the reader needs them in order to construct the world in their head. This is a tricky technique, and you have to remember that reading is a collaboration between writer and reader, in which what the reader builds in their own head is not an exact mirror of what is in the writer’s mind. The trick is to never supply a detail that contradicts what the reader has already constructed and reminds them that they are reading.

Ann likes the modified as-you-know-Bob technique. That’s a term taken from the Turkey City Lexicon, which defines it this way:

“A pernicious form of info-dump through dialogue, in which characters tell each other things they already know, for the sake of getting the reader up-to-speed. This very common technique is also known as “Rod and Don dialogue” (attr. Damon Knight) or “maid and butler dialogue” (attr Algis Budrys).”

There’s nothing wrong with a good infodump. See Jack Vance for instance, such as the literal footnotes in The Moon Moth. If things are beautiful and gripping, the reader won’t care.

Basically, use anything that works. This is where reading other works and seeing how various writers handle this issue can be useful. Remember that homogeneity in technology is not mandated. Sometimes inventions do or don’t catch on because of cultural influence. Make the basic physics work and the higher stuff can be fudged a bit more. 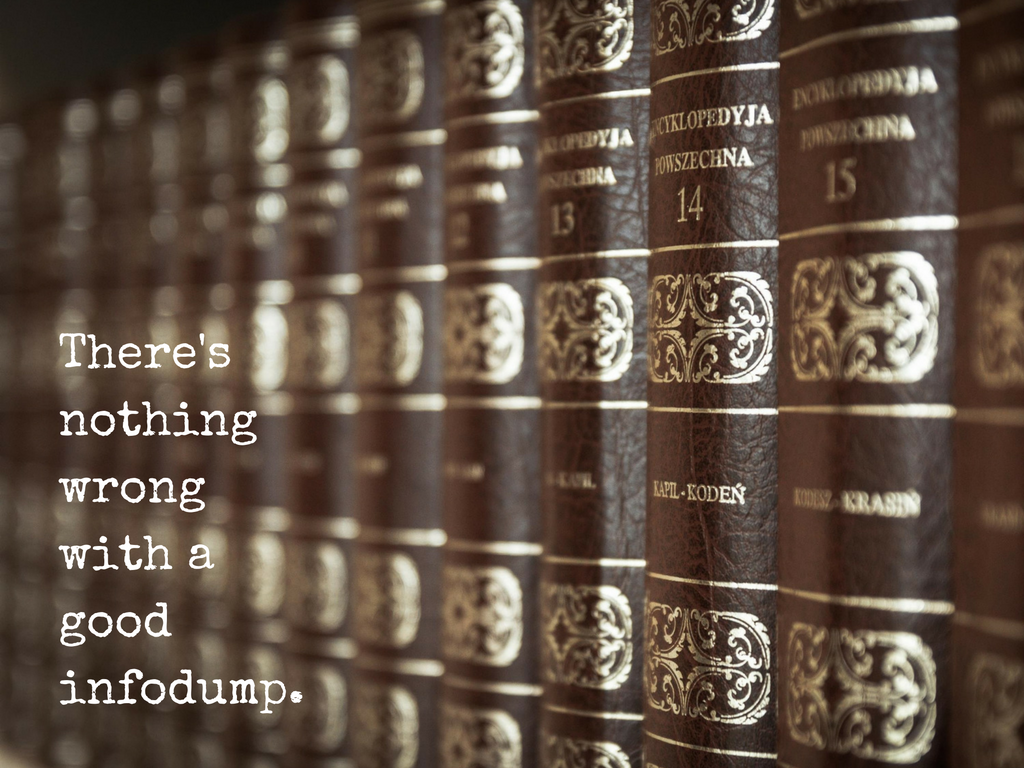