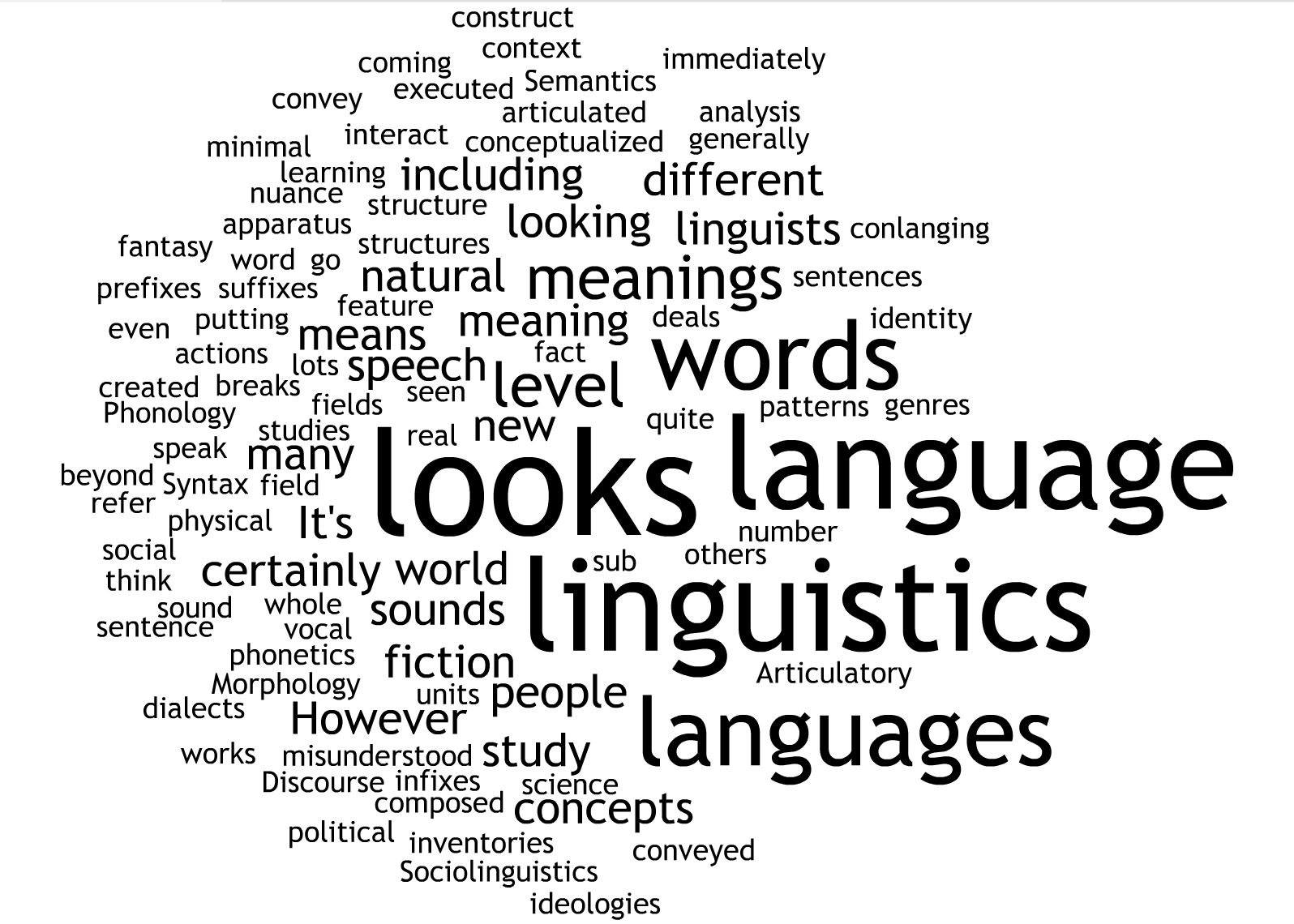 Linguistics is the study of language. It's often misunderstood as meaning "learning to speak lots of world languages," but in fact, linguistics studies the structure of language, looking at the structures and patterns seen in languages across the world.

The field of linguistics breaks down into many sub-fields; each deals with a different feature of natural language.

Don't worry too much about these definitions; we'll explore them in greater depth later.

If you're coming to linguistics through the genres of science fiction and fantasy, you may think immediately of conlanging, the creation of new languages. Some examples of conlangs are Tolkien’s elvish, Dothraki from Game of Thrones, Klingon from Star Trek, etc. Creating new languages for genre fiction is certainly easier if you have a background in linguistics, and I will touch on it during this lesson. However, it's really a special in-depth application of the larger concepts and principles that linguists study, and certainly not the only thing in writing that linguistics can help you with.

If you're a writer, language is already your tool. You know a lot about it, and are using aspects of it deliberately. You may have spoken with teachers or critique partners about style, and voice, and metaphor, and a great many language-related concepts.

One thing that linguists learn early on, however, is that our own use of language is largely unconscious. By examining the structural features of language on different levels, you can become more aware of what you are doing - both on the worldbuilding level and on the prose level.