Rewriting, Revising, and Fine-Tuning Your Fiction 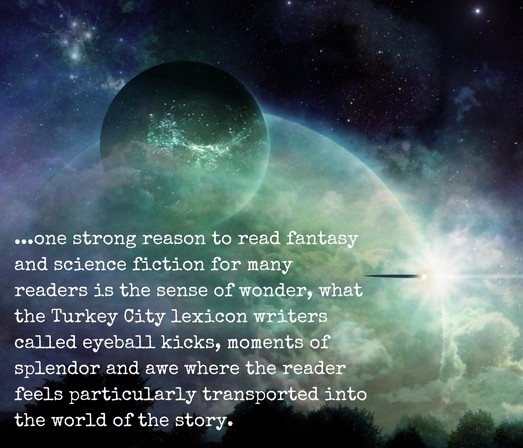 One thing that you need to think about are the conventions of the genre that you are working in. A reader comes with expectations of the text, shaped by factors like the origin (Is it in a literary magazine or a speculative fiction one?), cover pictures (which may have little to do with the text at times), and other considerations.

A lot of the difference centers on the perceived tension between literary and speculative fiction. There are some things a Strange Horizons or Clarkesworld Magazine reader, who like their stories with a literary edge, will tolerate that an Analog reader won’t tolerate.

My general feeling is that this is something that may affect where you send a story but generally shouldn’t affect how you shape a story unless you are working towards a particular target, such as a theme anthology or a high prestige/pay venue.

Daniel Abraham maintains that the difference is far looser than some would like to admit in his Private Letter From Genre to Literature, saying:

So I forgive you and I long for you. I do. The beauty and depth and sophistication that you aspire to, I aspire to as well. You lay claim to a deep love of language, but I have Kelly Link and Carole Emshwiller. You say that your work plumbs the depths of the human experience, but I have Maureen McHugh. You are concerned with the deep questions of religion and philosophy. So is Gene Wolfe. Look at them, my dear, but not too closely. I don’t want to lose them to you, and each of them is good enough to be “literature.” The things you want, I want too.

Working in a particular genre is an implicit promise to the reader. Every genre has its conventions. Readers of fantasy and science fiction expect fantastic elements, to name one of the most basic. When it comes to the question of whether the narrator is actually experiencing what they are detailing or if they are deranged in some fashion, fantasy and science fiction usually answers yes where literary fiction may be more ambiguous or rooted in reality.

Samuel R. Delany argues that there are conventions of the genre that one does not need to explain to speculative fiction readers, such as the idea of faster than light travel. But it seems to me that in recent years, speculative fiction has become sufficiently mainstream that this is no longer true. For example, shows like Buffy the Vampire Slayer and The Vampire Diaries, along with the book/movie Twilight, have made vampires something that people understand the basics of without a need for the author to make sure the reader understands that they subsist on blood. Instead, the trick is conveying the specifics of your particular take on these things, and you will need to establish where your vampires deviate from the norm, such as sparkling in the sunlight, a la Twilight.

Nonetheless, you will want to remember that one strong reason to read fantasy and science fiction for many readers is the sense of wonder, what the Turkey City Lexicon writers called eyeball kicks, moments of splendor and awe where the reader feels particularly transported into the world of the story. These are often moments that will have struck you as well, scenes that are particularly vivid in your head. In looking at your story, find those places and make sure you have polished them to the point where they will shine just as brightly in your reader's head. If you still don't have a title, look at these moments to see if there's a phrase you might use.

All in all, I will argue that genre is often about where to shelve a book in a bookstore and that many books straddle multiple genres. The thing to worry about more than anything else is being consistent about how you show them. Figure out how you intend to punctuate telepathic communications (if they exist in the piece), for example, and make sure that you stick to that scheme throughout the work. When you are inconsistent, you confuse and frighten your readers and, most importantly, they feel stupid, because they will assume you know what you're doing and that mistakes and inconsistencies are deliberate on your part.